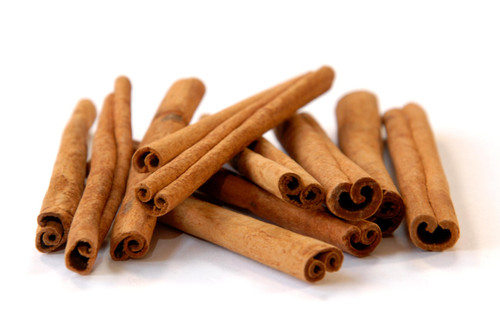 Cinnamon is a spice obtained from the bark of one of a dozen or so species of trees native to Indonesia. This species is Cinnamomum cassia, which is commonly known as Ceylon or Chinese cinnamon. Because the bark of this species is thicker than others, the sticks, or quills, are chunkier in appearance.  These are 1" sticks of cinnamon

While powdered cinnamon is a popular baking spice, the whole sticks are used to add sweet spiciness to hot cocoa, tea and coffee with the added benefit of serving as a stirring tool. Cinnamon quills are also used to add flavor to mulled wine and fragrance to simmering potpourri.

To learn about the medicinal applications of cinnamon, click here.