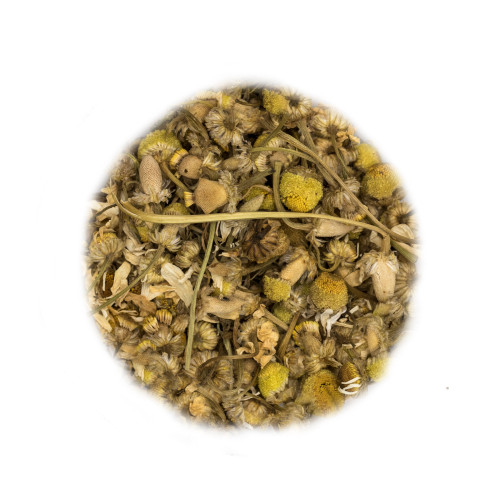 Chamomile is considered the most defining of herbs when it comes to relaxation.  For thousands of years it has been used to calm anxiety, as well as help calm the mind prior to sleep.

Although we import this particular herb from Egypt, this is the same species of chamomile referred to as German Chamomile.

The whole flowers are used along or in combination with other herbs and spices to make tisane infusions, bath bags or tinctures.

What Do We Know About Safety?