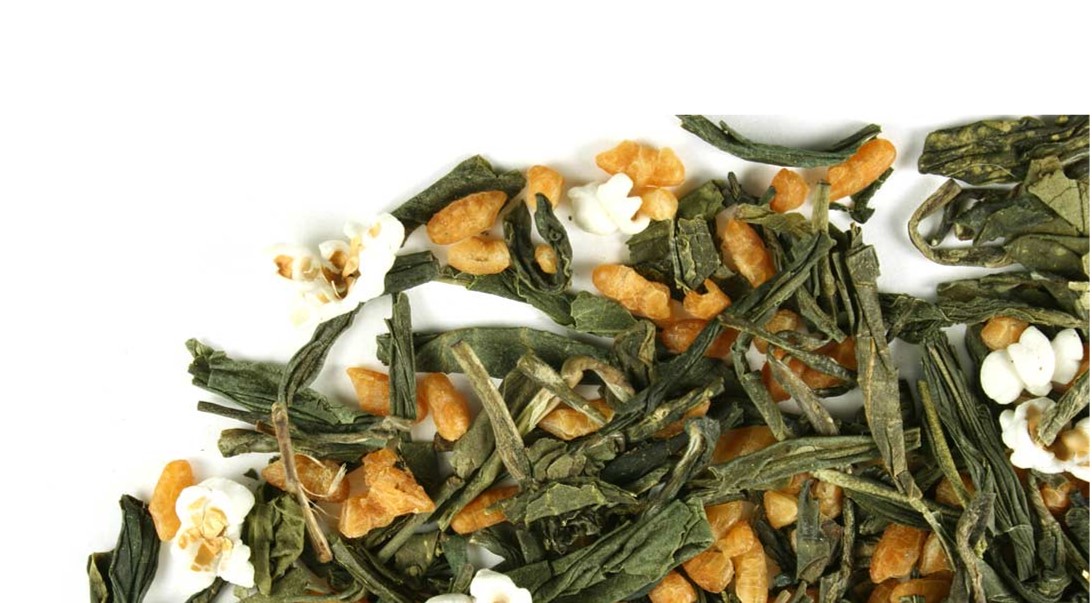 Genmaicha, is a Japanese brown rice green tea consisting of green tea combined with roasted popped brown rice. It is sometimes referred to colloquially as "popcorn tea" because a few grains of the rice pop during the roasting process and resemble popcorn. Although today it is consumed by all segments of society, this type of tea was originally drunk by poor Japanese, as the rice served as a filler and reduced the price of the tea, which is why it is also known as the "people's tea". It was also used by people fasting for religious purposes or who found themselves to be between meals for long periods of time. The sugar and starch from the rice cause the tea to have a warm, full flavor that is similar to that of nuts. It is considered easy to drink and helps one's stomach feel better.

Our Genmaicha is created using bancha green tea, a Japanese green tea that comes from the same plant as Sencha green tea, but is plucked later in the season. In addition to toasted rice, some popped pieces of rice provides an additional nutty taste that, when coupled with the sensual tanned brew of the bancha, creates a unique savory flavor!